Hello all, as I don’t have a book review ready just yet, I have decided I will join in on Top Ten Tuesday. In honor of the fall release of TV shows, this week’s Top Ten Tuesday topic is: TV. I decided to make a list of my favorite TV series of all time. Top Ten Tuesday is hosted the The Broke and the Bookish.

I don’t think any tv show will ever top The X Files for me. It is a sci-fi programme, with episodes based on aliens, government conspiracy and unexplained events. I just love the suspense of this programme and the fact that it is also hilarious. Scully and Mulder will always be my favourite to characters. 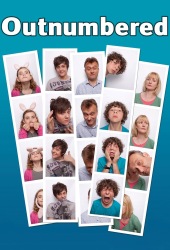 Outnumbered is a British sitcom that I could watch over and over again. I laugh every time I watch this show. The characters are really relatable for a British family with children. It is just hilarious, is on Netflix and if you have the chance you really should give it a watch.

How can you not adore this tv programme. It is funny, mysterious and just down right amazing. The actors in this tv show portray the classic characters brilliantly. I just wish there were more series released more often. 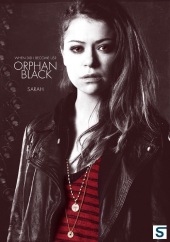 This is a British Tv show all about clones. The concept of the show sounds stupid. But I promise you it is absolutely amazing. Once I started the first season I couldn’t stop watching. It is on Netflix and should definitely be given a watch.

I accidently found this TV show when I was on a plane journey back from America. It is an American sitcom based around a family. The characters all have very different personalities but are amazing. I really related to them having a younger sister myself. If you ever want a laugh watch this show.

I watched this show after so many people were saying how good it was. I finished it in an afternoon. Honestly, if you have the chance watch this show because it is amazing! You are left on the edge of your seat and the storyline is extremely captivating.

This Tv show is either an I love it or I hate it. For me, it is an I love it. Miranda Hart is a British comedian and this show is a sitcom about her life. It is hilarious for me. It is one of the programmes that me and my best friend can sit and watch for hours.

I love the comics of this book. So I decided to watch the Tv show. I was not let down. It is suspenseful, funny and shocking. The show leaves you on cliffhangers often but they are a good thing in this show. 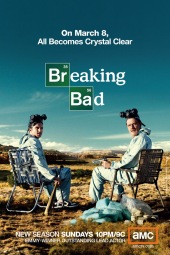 Watch this show! I have watched it over and over and have never got bored of it. The actors are incredible and the show overall is just fantastic. If you enjoy action-packed shows give this a go. 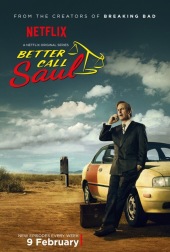 Once you have watched Breaking Bad, give its sister show a chance. This is also brilliant. Extremely well thought out show and again keeps you on the edge. It gives you that extra Breaking Bad fix and is fantantastic.

There you have it, my top 10 favourite to shows. And my first ever top ten Tuesday.What are your favourite tv shows? Any of yours the same as mine? Let me know in the comments.