Hello all and welcome to another Top Ten Tuesday! This weeks topic is Underrated/Hidden Gem Books I’ve Read! Top Ten Tuesday is a weekly meme hosted the The Broke and the Bookish.

“Unboxed is about four teenagers who come together after several months apart. In previous years, they had put together a time capsule about their best summer with a friend who was dying. Now that their friend has passed, they reunite to open the box.”

This book is underrated but amazing! I read it within hours because of how caught up in it I got. The paper it is written on is meant to help dyslexic people to read the book and it is also a book that is meant to get people into reading and I am sure it does.

2) Hello Me, It’s You by Hannah Todd and Anonymous 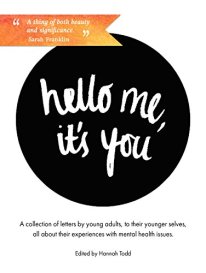 “Hello Me, it’s You is a collection of letters by young adults aged 17-24 about their experiences with mental health issues. The letters are written to their 16-year-old selves, giving beautifully honest advice, insight and encouragement for all that lays ahead of them.” 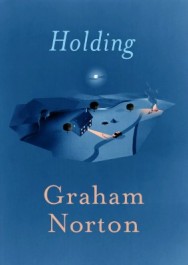 So when human remains are discovered on an old farm, suspected to be that of Tommy Burke – a former­ love of both Brid and Evelyn – the village’s dark past begins to unravel. As the frustrated PJ struggles to solve a genuine case for the first time in his life, he unearths a community’s worth of anger and resentments, secrets and regret.”

This book isn’t very well known worldwide I believe. Graham Norton is a talkshow host over here in England and this is the first novel that he has written and it is fantastic. I think it should be more well-known worldwide as it definitely deserves this recognition.

4) You Will Not Have My Hate by Antoine Leiris

“On Friday night you stole the life of an exceptional person, the love of my life, the mother of my son, but you will not have my hate.” On November 13, 2015, Antoine Leiris’s wife, Helene Muyal-Leiris, was killed by terrorists while attending a rock concert at the Bataclan Theater in Paris, in the deadliest attack on France since World War II. Three days later, Leiris wrote an open letter addressed directly to his wife’s killers, which he posted on Facebook. He refused to be cowed or to let his seventeen-month-old son’s life be defined by Helene’s murder. He refused to let the killers have their way: “For as long as he lives, this little boy will insult you with his happiness and freedom.” Instantly, that short Facebook post caught fire, and was reported on by newspapers and television stations all over the world. In his determination to honor the memory of his wife, he became an international hero to everyone searching desperately for a way to deal with the horror of the Paris attacks and the grim shadow cast today by the threat of terrorism. Now Leiris tells the full story of his grief and struggle. You Will Not Have My Hate is a remarkable, heartbreaking, and, indeed, beautiful memoir of how he and his baby son, Melvil, endured in the days and weeks after Helene’s murder. With absolute emotional courage and openness, he somehow finds a way to answer that impossible question: how can I go on? He visits Helene’s body at the morgue, has to tell Melvil that Mommy will not be coming home, and buries the woman he had planned to spend the rest of his life with. Leiris’s grief is terrible, but his love for his family is indomitable. This is the rare and unforgettable testimony of a survivor, and a universal message of hope and resilience. Leiris confronts an incomprehensible pain with a humbling generosity and grandeur of spirit. He is a guiding star for us all in these perilous times. His message–hate will be vanquished by love–is eternal”

This book again is one that everyone needs to read by everyone. Terrorism is such a big topic at the moment and needs to be talked about in the way that it is in this book. This isn’t a happy book at all but you have to read it as it really will open your eyes.

There you have it, my top 10 Tuesday, Underrated/Hidden Gem Books I’ve Read! I know that this list only has 4 books in it and I am sorry about that. I couldn’t really think of any other books I have read recently that are hidden gems. So please let me know in the comments below what books you have read that are hidden gems so that I can read more of them!