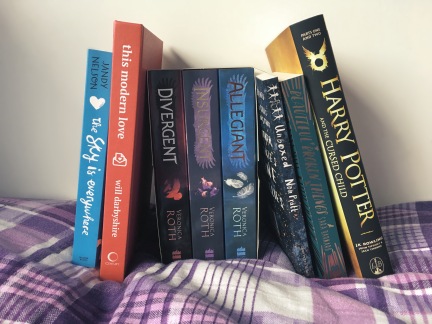 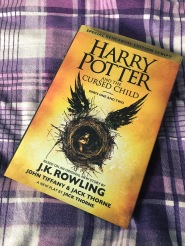 “A full nineteen years has passed since the climactic finale of Harry Potter and the Deathly Hallows. Voldemort is a shadow of the past; Harry Potter himself is now a burdened employee at the Ministry of Magic, the wizarding triumphs of his youth seemingly shelved for the demands of family life. Once again, the vaulting arches of Kings Cross become the gateway to wild adventure as young Albus Severus Potter – Harry’s now second son – boards a waiting Hogwarts Express, prepared to fulfil his own destinies.”

I bought this book a couple of days after it was released and cannot wait to read it.

The Sky is Everywhere by Jandy Nelson 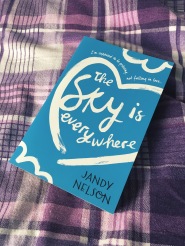 “Seventeen-year-old Lennie Walker spends her time tucked safely and happily in the shadow of her fiery older sister, Bailey. But when Bailey dies abruptly, Lennie is catapulted to centre stage of her own life – and suddenly finds herself struggling to balance two boys. One boy takes Lennie out of her sorrow; the other comforts her in it. But the two can’t collide without Lennie’s world exploding…”

Me and my younger sister are sharing a copy of this book and we bought it on one of our little bookshop trips. She has already read it and said it was really good so I really looking forward to reading it. 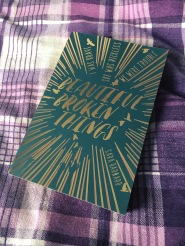 “I was brave She was reckless We were trouble Best friends Caddy and Rosie are inseparable. Their differences have brought them closer, but as she turns sixteen Caddy begins to wish she could be a bit more like Rosie – confident, funny and interesting. Then Suzanne comes into their lives: beautiful, damaged, exciting and mysterious, and things get a whole lot more complicated. As Suzanne’s past is revealed and her present begins to unravel, Caddy begins to see how much fun a little trouble can be. But the course of both friendship and recovery is rougher than either girl realises, and Caddy is about to learn that downward spirals have a momentum of their own.”

Again this is another book me and my younger sister are sharing and we bought it again on one of our bookshop trips. She has already read it and really enjoyed it so I think I will enjoy it also. 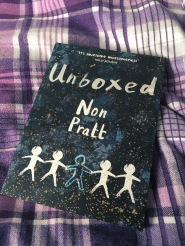 “Four friends meet up at their old school to open the memory box they stowed there years ago – with five letters inside for four of them, because their friend Millie has died. When they open the box they find a new letter from Millie and discover that she has left them special instructions: permission to open her letter only if they all read aloud the letters they wrote to their older selves, revealing their deepest secrets.”

I bought this book a few days ago. I love Non Pratt’s book “Trouble” so when I heard that this was being published I was excited to get it. The cover of this book is beautiful I have to say. I cannot wait to read it.

This Modern Love by Will Darbyshire 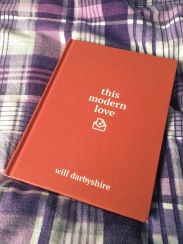 “Seeking closure after a tough break-up, Will Darbyshire was driven to strike up an intimate conversation with his online audience. Posting a series of questions via his YouTube, Twitter and Instagram channels, Will asked his followers to share their innermost thoughts about their relationship experiences, in the form of hand-written letters, poems, photographs, and emails. After 6 months and over 15,000 heartfelt submissions later, from over 100 countries, This Modern Love collects these letters together to form a compendium of 21st century love, structured into the beginning, middle and end of a relationship. Tender, funny and cathartic, This Modern Love is a compelling portrait of individual desires, resentments and fears that reminds us that, whether we’re in or out of love, we’re not alone.”

I again bought this only a few days ago. The youtuber Hannah Witton was saying how good this book was and how heartwarming and hilarious this book is. I thought I would buy it and give it a go. I read a couple of the letters when I bought it and thought that it would be hilarious and heartwarming. 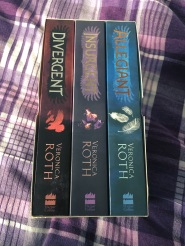 “For sixteen-year-old Tris, the world changes in a heartbeat when she is forced to make a terrible choice. Turning her back on her family, Tris ventures out, alone, determined to find out where she truly belongs. Shocked by the brutality of her new life, Tris can trust no one. And yet she is drawn to a boy who seems to both threaten and protect her. The hardest choices may yet lie ahead…”

I bought these books randomly after seeing that the entire series was on sale in a local bookshop. After hearing a lot of good reviews about these books I decided to give them a try.

There you have it, all the books I have got this month. Have you bought and read any of these books? What books have you got this month? Comment below.

One thought on “August Book Haul”