Hi all, hope you are doing well. Here we go with this weeks Top 5 Wednesday, my favourite polarising books.

Without further ado, here are my top 5 favourite polarising books.

1) The Girl on the Train by Paula Hawkins

“EVERY DAY THE SAME
Rachel takes the same commuter train every morning and night. Every day she rattles down the track, flashes past a stretch of cozy suburban homes, and stops at the signal that allows her to daily watch the same couple breakfasting on their deck. She’s even started to feel like she knows them. Jess and Jason, she calls them. Their life—as she sees it—is perfect. Not unlike the life she recently lost.

UNTIL TODAY
And then she sees something shocking. It’s only a minute until the train moves on, but it’s enough. Now everything’s changed. Unable to keep it to herself, Rachel goes to the police. But is she really as unreliable as they say? Soon she is deeply entangled not only in the investigation but in the lives of everyone involved. Has she done more harm than good?”

From the reviews I saw from this before reading people either loved it or hated it. I decided to give it a go. I was one of the people who absolutely hated it. I couldn’t even finish the book I got three quarters of the way through it and had to give up. I couldn’t get into the story at all and I didn’t find it fast-paced. I was fed up of hearing each character talk about their men and all the alcohol they were consuming. I know a lot of people love this book but I am definitely not one of those people.

2) Lord of the Flies by William Golding 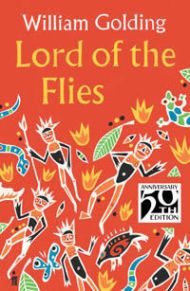 “When a plane crashes on a remote island, a small group of schoolboys are the sole survivors. From the prophetic Simon and virtuous Ralph to the lovable Piggy and brutish Jack, each of the boys attempts to establish control as the reality – and brutal savagery – of their situation sets in.

The boys’ struggle to find a way of existing in a community with no fixed boundaries invites readers to evaluate the concepts involved in social and political constructs and moral frameworks. Ideas of community, leadership, and the rule of law are called into question as the reader has to consider who has a right to power, why, and what the consequences of the acquisition of power may be.”

This is another book that either people love or hate. David loves this book and really enjoyed reading it. I have wanted to read it for ages but have never got round to it. But we both know people who absolutely hate it. This is definitely down to the violence in the book that comes from children. I believe that I would like this book though.

3) Of Mice and Men by John Steinbeck 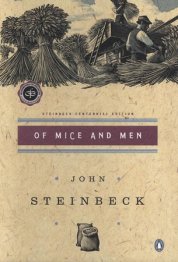 “The compelling story of two outsiders striving to find their place in an unforgiving world. Drifters in search of work, George and his simple-minded friend Lennie have nothing in the world except each other and a dream–a dream that one day they will have some land of their own. Eventually they find work on a ranch in California’s Salinas Valley, but their hopes are doomed as Lennie, struggling against extreme cruelty, misunderstanding and feelings of jealousy, becomes a victim of his own strength.”

I absolutely adore this book. I had to read it in High School for my GCSEs in English. At the time I hated it and thought it was a really idiotic book. But as time went on I began to love the story I would happily read it again. Whereas, my younger sister has just read this book in school and hated it and said she would never like it. I think that is how a lot of people view it because they have had to read it in school and have had to delve too deep into the meaning of the story. 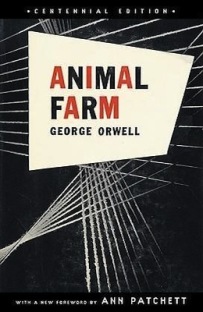 One night on an English farm, Major the boar recounts his vision of a utopia where his fellow creatures own the land along with the means of production and are no longer the slaves of humans.

Before long his dream comes true, and for a short while all animals really are equal. But the clever pigs educate themselves and soon learn how to extend their own power, inevitably at the expense of the rest of the community.”

This is another book that I had to read in High School for my GCSEs. Everyone else in my class couldn’t stand it and I think a lot of them didn’t actually read it. I read it about 3 times before my GCSEs. I think the message of the story is one that everyone need to know about as well. But it is definitely a book that people either love or hate.

“Christopher John Francis Boone knows all the countries of the world and their capitals and every prime number up to 7,057. He relates well to animals but has no understanding of human emotions. He cannot stand to be touched. And he detests the colour yellow.

Although gifted with a superbly logical brain, for fifteen-year-old Christopher everyday interactions and admonishments have little meaning. He lives on patterns, rules, and a diagram kept in his pocket. Then one day, a neighbour’s dog, Wellington, is killed and his carefully constructive universe is threatened. Christopher sets out to solve the murder in the style of his favourite (logical) detective, Sherlock Holmes. What follows makes for a novel that is funny, poignant and fascinating in its portrayal of a person whose curse and blessing are a mind that perceives the world entirely literally.”

David absolutely hate this book, he cannot stand it at all. Whereas, I loved it and have read it a few times now. I got really into the story whereas David didn’t at all. I think this is the same for other people too you either love it or you hate it. I loved it.