Hi all, it’s Lois, hope you are doing well. Here we go with this weeks Top 5 Wednesday, sci-fi and fantasy books on my TBR.

Before I start this one I am going with a theme of books I hope will be classics because of the topics in them. So much more diverse books and books tackling mental health issues.

Without further ado, here are my top 5 sci-fi and fantasy books on my TBR.

1. The Last Star by Rick Yancey 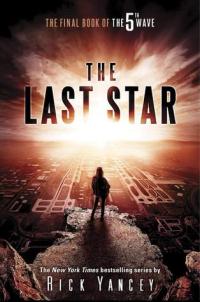 But beneath these riddles lies one truth: Cassie has been betrayed. So has Ringer. Zombie. Nugget. And all 7.5 billion people who used to live on our planet. Betrayed first by the Others, and now by ourselves.”

This has been on my TBR for longer than I can even imagine. I have been meaning to read this book for so long now! I love the 5th Wave series and really need to finish it off. Hopefully that will be happening in the Summer of this year!

2. The Maze Runner by James Dashner 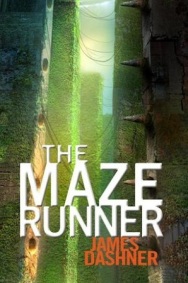 When Thomas wakes up in the lift, the only thing he can remember is his name. He’s surrounded by strangers—boys whose memories are also gone.”

This is another Sci-fi book that has been on my TBR for longer than it should have been. So many people were reading this book when I was in college and I was planning on reading it too. I never actually got round to it but I do plan on reading it soon. 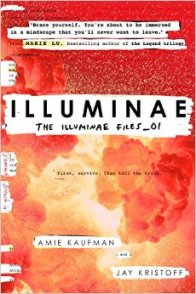 “This morning, Kady thought breaking up with Ezra was the hardest thing she’d have to do. This afternoon, her planet was invaded.

The year is 2575, and two rival megacorporations are at war over a planet that’s little more than an ice-covered speck at the edge of the universe. Too bad nobody thought to warn the people living on it. With enemy fire raining down on them, Kady and Ezra—who are barely even talking to each other—are forced to fight their way onto an evacuating fleet, with an enemy warship in hot pursuit.”

Again this is another book that has been sitting on my TBR list for a long time now. I have heard so many great things about this book that even before I had read the first instalment, I also bought the second instalment. The third instalment is coming out this year I think so I am excited for that and I might just binge read all three.

4. Strange the Dreamer by Laini Taylor 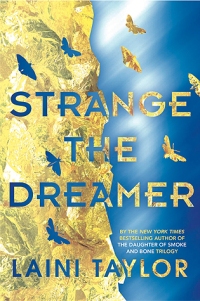 “The dream chooses the dreamer, not the other way around— and Lazlo Strange, war orphan and junior librarian, has always feared that his dream chose poorly. Since he was five years old he’s been obsessed with the mythic lost city of Weep, but it would take someone bolder than he to cross half the world in search of it. Then a stunning opportunity presents itself, in the person of a hero called the Godslayer and a band of legendary warriors, and he has to seize his chance to lose his dream forever.”

I have seen this book in stores recently and seen a lot of posts about the book around the blogsphere. I read a few reviews and they all seems rather positive. I think after I have finished university for the year I will treat myself to this book and a couple of others and get to reading it as soon as I can.

5. The X-Files: Origins – Agent of Chaos by Kami Garcia 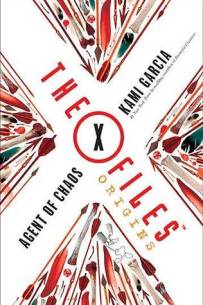 “How did Fox Mulder become a believer? How did Dana Scully become a skeptic? The X-Files Origins has the answers.

The X-Files Origins: Agent of Chaos explores the teen years of Fox Mulder, the beloved character depicted in the cult-favorite TV show The X-Files. His story is set in the spring of 1979, when serial murder, the occult, and government conspiracy were highlighted in the news.”

I have been so excited for this book ever since it was announced but as per life and all the obstacle it throws at people I have yet to get around to reading it. I cannot wait to see what the origin story of Fox Mulder is.

There you have it, this weeks Top 5 Wednesday, sci-fi and fantasy books on my TBR. Comment below the books on your TBR as well as links to your T5w!

10 thoughts on “Top 5 Wednesday: Sci-Fi and Fantasy Books on My TBR”