Hey guys, it’s Lois! Very recently I had the amazing opportunity to interview three YA authors. This is second instalment in this mini author interview series, you can find my first interview with Simon James Green here. 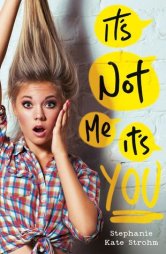 The second author I had the chance to interview was Stephanie Kate Strohm. Stephanie has written and published four books. But, “It’s Not Me, It’s You” is her first book to be published in the UK.

“Avery Dennis is a high school senior and one of the most popular girls in her class. But a majorly public breakup with the guy she’s been dating causes some disastrous waves. It is right before prom and Avery no longer has the perfect date. She runs the prom committee, how could she not show up with somebody?”

Lets get on with the interview!

1) How did you begin writing books?

Stephanie began explaining that she had not planned on being a writer, when she was younger she didn’t believe that an author was something you could do as a job. Stephanie has always had a love for reading and acting. She studied theatre at university which led to her being cast in a theatre tour around the USA. Whilst she was on the theatre tour the first Twilight movie was released which she went to see with all her cast members. Stephanie thought it was brilliant as young adult books weren’t as popular then. In her spare time after finishing theatre shows she began writing a blog, which she believes only her mum and sister read. This led to her writing her first story. Stephanie decided to send the book off to a few people and got an amazing response. This led to her first book being published!

2) Who is your favourite author?

Stephanie said she has a few different favourite authors. She is a huge fan of Charlotte and Emily Brontë. Stephanie also loves getting stuck into a Sophie Kinsella book. Also, she has a soft spot for Meg Cabot’s “Princess Diaries” series.

3) What is your favourite book? 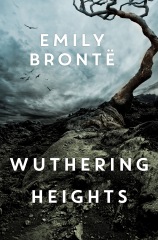 Stephanie was rather quick to say that her favourite book is “Wuthering Heights” by Emily Brontë. But, she is also a huge fan of love stories and enjoys sitting down and reading them often.

4) Is the character of Avery in “It’s Not Me It’s You” inspired by yourself, someone you know or a product of your imagination?

Stephanie explained that Avery is very much inspired by her younger sister. Stephanie was quite geeky and a goody two shoes in high school. She was obsessed with boys but never spoke to them. Her younger sister however, was always dating the fittest guy in the year and sneaking out to go to parties! Stephanie did admit that little bits of her own personality snuck into the character of Avery, like how she was part of a lot of clubs whilst in high school.

5) Which do you prefer, E-Books, Paperbacks or Hardbacks?

Stephanie likes a mixture. She believes that e-books are handy for convenience, but she is a huge fan of paperbacks. Stephanie explained that in the UK we have a lot more accessibility to paperbacks, whereas in the USA they are more likely to have hardbacks. She wishes that the US had as many paperbacks as the UK does.

6) If you had the ability to make anyone in the world read one book which would it be?

Stephanie was very quick to say she would want Kate Middleton to read “It’s Not Me It’s You“. Stephanie admitted she is quite obsessed with Kate Middleton and would love to be able to speak to her about her own book.

7) Do you write in silence or do you have to have some form of background noise?

Stephanie said that she has to have background noise whilst she is writing. She likes going to coffee shops for a source of background noise. But, she can also happily have a TV show on in the background. Stephanie cannot write in silence as she finds it too quiet.

8) What is your process when writing a book?

Stephanie does not plan when she is writing a book. She just starts writing, her ideas go onto the paper without planning and over time she constructs a solid story around these ideas. If she ever gets stuck whilst writing she has a couple of her character engage in a section of dialogue in order to move on in the book.

Thank you so much Stephanie for taking the time out of your day to answer my questions! Thank you also to the Young Adult department at Waterstones Deansgate and Scholastic for the amazing opportunity! Don’t forget to look out for my interview with Beth Garrod!