After a year of college, Pablo is working late nights at his local twenty-four-hour deli. He’s dodging calls from the student loan office and has no idea what to do next. Leanna Smart’s life so far has been nothing but success. Aged 8 she was a Disney Mouseketeer, aged 15 she had her first #1 single in the US pop charts, aged 17 she had her 10th #1 single and now her life is a queasy blur of private planes, hotels and strangers wanting selfies. When Pab and Leanna meet at 4am in Pab’s deli, they know they can’t be together forever. They keep things on the down-low but it takes only 3 seconds for the world to find out. 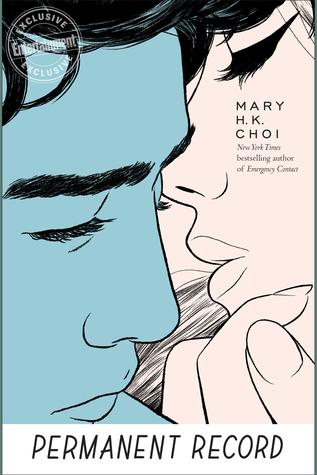 I had such high expectations when I went into reading this book. I had been excited to finally read it and I feel quite let down. This book was told from Pab’s perspective and not once from Leanna’s perspective. I was expecting it to be dual-narrative so this came as a bit of a shock and mean that we never got a proper insight into Leanna’s head like the synopsis suggests. I didn’t find either of the main characters all that interesting which made it hard for me to invest in the story.

One thing I really enjoyed was the sarcastic and ‘cool’ writing style that showed off Pab’s perspective incredibly well. It made me laugh and they little sections of humour really helped my enjoy the story that little bit more.

This book does tackle some important topics such as university, feeling like it isn’t the next step for you and the debt that so many people who have been to university and getting into adulthood face. These issues are tackled incredibly well and I wish I had read a book like this one when I was struggling with university myself.

Although I didn’t completely gel with this book and it felt quite rushed in parts, it was still an eye-opening and fun read. I would recommend this if you are going into university, are at university or just want a fun but honest book.