Hello all! It is that time of year again, book festivals and events! The first book festival I am going to is NYA Lit Fest or its full name, Northern Young Adult Literary Festival. This will be the third year of NYA and the third time I will be attending. This year it is being held across 2 days, 21st – 22nd March. The 21st being dedicated to YA literature and then 22nd being dedicated to children’s literature. I am going to be attending both days with my wonderful friends Sarah and Charlotte and I cannot wait. I have put together a TBR ahead of the event. This year it is quite small because I have already read a lot of the books I will be taking to get signed etc. Here is my NYA Lit Fest 2020 TBR! 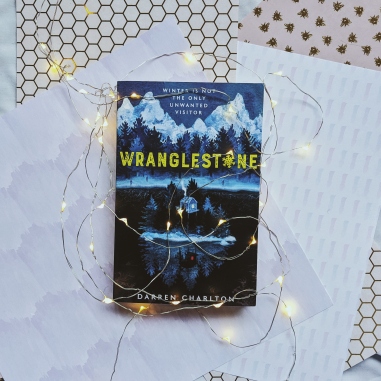 “In a post-apocalyptic America, a community survives in a national park, surrounded by water that keeps the Dead at bay. But when winter comes, there’s nothing to stop them from crossing the ice.

Then homebody Peter puts the camp in danger by naively allowing a stranger to come ashore and he’s forced to leave the community of Wranglestone. Now he must help rancher Cooper, the boy he’s always watched from afar, herd the Dead from their shores before the lake freezes over.

But as love blossoms, a dark discovery reveals the sanctuary’s secret past. One that forces the pair to question everything they’ve ever known.”

I am actually reading this one at the minute but I am still classing it as being on my TBR. I have been excited to read this one since I heard about it at YALC last year. So far, it has no disappointed and I am really enjoying it. I am excited to see Darren talk about this book at NYA and share his thoughts on writing a debut novel.

And the Stars Were Burning Brightly by Danielle Jawando 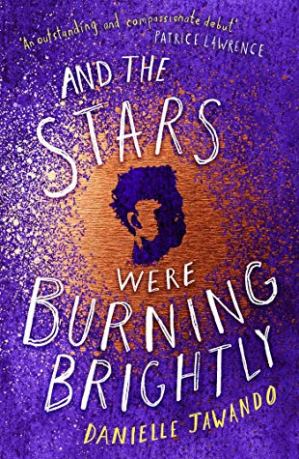 “When fifteen-year-old Nathan discovers that his older brother Al has taken his own life, his whole world is torn apart.
Al was special.
Al was talented.
Al was full of passion and light…so why did he do it?
Convinced that his brother was in trouble, Nathan begins to retrace his footsteps. And along the way, he meets Megan. Al’s former classmate, who burns with the same fire and hope, who is determined to keep Al’s memory alive. But when Nathan learns the horrifying truth behind his brother’s suicide, one question remains – how do you survive, when you’re growing up in the age of social media?“

I’ve heard so many amazing things about this book and I really want to read it before NYA so I can hear the author talk about it and see what I think about it. I am lucky enough to have a eARC of this book on my kindle to read before NYA and I will be getting to that sooner rather than later.

That’s what her stepfather tells her. That’s what she believes about herself.

But how can she convince herself and everyone around her that her anger doesn’t make her a monster? If only she could stop losing her temper and behave herself, her stepfather would accept her, her mom would love her like she used to, and her stepbrother would declare his crushing desire to spend the rest of his life with her. She wants these things so badly, she’s determined to swallow her anger and make her family proud.

But pushing fury down doesn’t make it disappear. Instead, it simmers below the surface, waiting to erupt. There’ll be fireworks when it does…”

This book has been on my book shelf ever since last years NYA and I have yet to read it. The fact that Jenny Downham is at this years NYA gives me a perfect reason to finally take this book off my shelves and read it. I’ve heard a lot of amazing things about this book as well so it feels like it is time to finally read it.

That is my TBR for NYA Lit Fest 2020. Are you going to NYA lit fest this year? If so, what is on your TBR? Let me know in the comments below.