So without further ado, here is this weeks top ten Tuesday, 2017 releases I am excited for.

1) The X-Files: Origins: Agent of Chaos by Kami Garcia 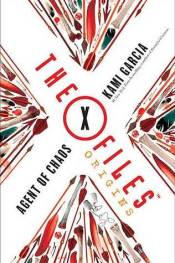 “How did Fox Mulder become a believer? How did Dana Scully become a skeptic? The X-Files Origins has the answers.

The X-Files Origins: Agent of Chaos explores the teen years of Fox Mulder, the beloved character depicted in the cult-favorite TV show The X-Files. His story is set in the spring of 1979, when serial murder, the occult, and government conspiracy were highlighted in the news.

The book will follow Mulder as he experiences life-changing events that set him on the path to becoming an FBI agent.”

I am so excited for this book because I am a huge fan of The X-Files and especially the character Fox Mulder. I cannot wait to see what this book is all about. 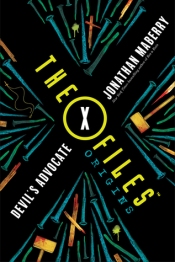 “How did Fox Mulder become a believer? How did Dana Scully become a skeptic? The X-Files Origins has the answers in this young adult origin story.

The X-Files Origins: Devil’s Advocate will explore the teen years of Dana Scully, the beloved character depicted in the cult-favorite TV show The X-Files. Her story is set in the spring of 1979, when serial murder, the occult, and government conspiracy were highlighted in the news.

The book will follow Scully as she experiences life-changing events that set her on the path to becoming an FBI agent.”

I am so excited for this book because I am a huge fan of The X-Files and the character Dana Scully. I cannot wait to see what this book is all about and I am so happy that they are releasing both a Scully and Mulder origins story.

3. History is All You Left Me by Adam Silvera 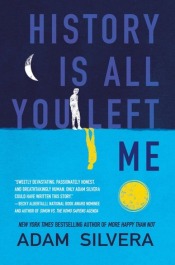 To make things worse, the only person who truly understands his heartache is Jackson. But no matter how much they open up to each other, Griffin’s downward spiral continues. He’s losing himself in his obsessive compulsions and destructive choices, and the secrets he’s been keeping are tearing him apart.

If Griffin is ever to rebuild his future, he must first confront his history, every last heartbreaking piece in the puzzle of his life.”

Again, I have heard so many good things about this book. I cannot wait to finally give it a read and see what I think of it. Adam Silvera is meant to be an amazing author and I would love to see what his writing is like for myself.

4. The Upside of Unrequited by Becky Albertalli 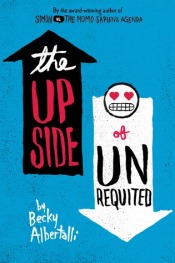 “Seventeen-year-old Molly Peskin-Suso knows all about unrequited love. No matter how many times her twin sister, Cassie, tells her to woman up, Molly can’t stomach the idea of rejection. So she’s careful. Fat girls always have to be careful.

Then a cute new girl enters Cassie’s orbit, and for the first time ever, Molly’s cynical twin is a lovesick mess. Meanwhile, Molly’s totally not dying of loneliness—except for the part where she is. Luckily, Cassie’s new girlfriend comes with a cute hipster-boy sidekick. If Molly can win him over, she’ll get her first kiss and she’ll get her twin back.

There’s only one problem: Molly’s coworker, Reid. He’s a chubby Tolkien superfan with a season pass to the Ren Faire, and there’s absolutely no way Molly could fall for him. 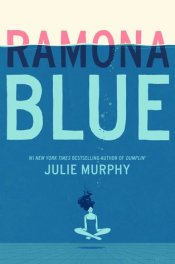 “Ramona was only five years old when Hurricane Katrina changed her life forever. Since then, it’s been Ramona and her family against the world. One of only two out lesbians in her small town and standing over six feet tall with unmistakable blue hair, Ramona knows she’s destined for something bigger than the trailer she calls home in Eulogy, Mississippi. But juggling multiple jobs, her flaky mom, and her well-meaning but ineffectual dad forces her to be the responsible adult of the family. Now, with her sister, Hattie, pregnant, her responsibilities weigh more heavily than ever.

The return of her childhood friend Freddie brings a welcome distraction. Ramona’s friendship with the former competitive swimmer picks up exactly where it left off, and soon he’s talked her into joining him for laps at the pool.

As Ramona falls more in love with swimming, her feelings for Freddie begin to shift as well, and she must decide if knowing who she is is more important than figuring out who she might become.”

I only found out about this book yesterday but I fell in love with the synopsis of the story. It has caused controversy in its wording but I feel it will show that as we grow older our feelings change. I cannot wait to give this a read and see what the story holds. 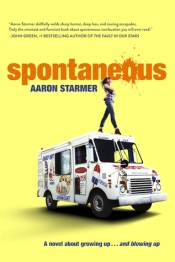 Katelyn is the first, but she won’t be the last teenager to blow up without warning or explanation. As the seniors continue to pop like balloons and the national eye turns to Mara’s suburban New Jersey hometown, the FBI rolls in and the search for a reason is on.

Whip-smart and blunt, Mara narrates the end of their world as she knows it while trying to make it to graduation in one piece. It’s an explosive year punctuated by romance, quarantine, lifelong friendship, hallucinogenic mushrooms, bloggers, ice cream trucks, “Snooze Button™,” Bon Jovi, and the filthiest language you’ve ever heard from the President of the United States.”

7. The Hundred Lies of Lizzie Lovett by Chelsea Sedoti 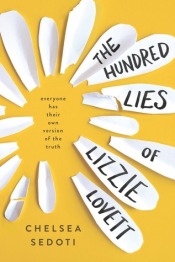 “A teenage misfit named Hawthorn Creely inserts herself in the investigation of missing person Lizzie Lovett, who disappeared mysteriously while camping with her boyfriend. Hawthorn doesn’t mean to interfere, but she has a pretty crazy theory about what happened to Lizzie. In order to prove it, she decides to immerse herself in Lizzie’s life. That includes taking her job… and her boyfriend. It’s a huge risk — but it’s just what Hawthorn needs to find her own place in the world.”

This is another book I have heard so many great things about and that I cannot wait to read. I was lucky enough to receive a copy of this book to read from Netgalley not so long ago and I am very close to finally being able to read it. I cannot wait to see what this story is all about.

8. The One Memory of Flora Banks by Emily Barr 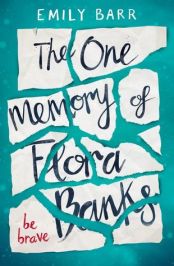 “Seventeen-year-old Flora Banks has no short-term memory. Her mind resets itself several times a day, and has since the age of ten, when the tumor that was removed from Flora’s brain took with it her ability to make new memories. That is, until she kisses Drake, her best friend’s boyfriend, the night before he leaves town. Miraculously, this one memory breaks through Flora’s fractured mind, and sticks. Flora is convinced that Drake is responsible for restoring her memory and making her whole again. So when an encouraging email from Drake suggests she meet him on the other side of the world, Flora knows with certainty that this is the first step toward reclaiming her life.

With little more than the words “be brave” inked into her skin, and written reminders of who she is and why her memory is so limited, Flora sets off on an impossible journey to Svalbard, Norway, the land of the midnight sun, determined to find Drake. But from the moment she arrives in the arctic, nothing is quite as it seems, and Flora must “be brave” if she is ever to learn the truth about herself, and to make it safely home.” 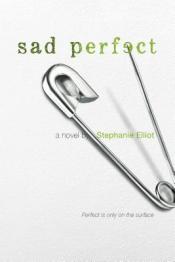 “The story of a teen girl’s struggle with Avoidant/Restrictive Food Intake Disorder and how love helps her on the road to recovery.

Sixteen-year-old Pea looks normal, but she has a secret: she has Avoidant/Restrictive Food Intake Disorder (ARFID). It is like having a monster inside of her, one that not only dictates what she can eat, but also causes anxiety, depression, and thoughts that she doesn’t want to have. When she falls crazy-mad in love with Ben, she hides her disorder from him, pretending that she’s fine. At first, everything really does feel like it’s getting better with him around, so she stops taking her anxiety and depression medication. And that’s when the monster really takes over her life. Just as everything seems lost and hopeless, Pea finds in her family, and in Ben, the support and strength she needs to learn that her eating disorder doesn’t have to control her.”

This is another book I only heard about yesterday when browsing the internet to see what books where being released this year. I spotted this one and was instantly interested in its premise. It is story all out dealing with the eating disorder Avoidant/Restrictive Food Intake Disorder (ARFID). This caught my attention as it was an eating disorder I had never heard of before and I thought that it was brilliant that it was being brought to people attention through the means of a book. 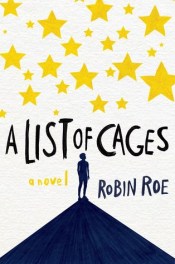 “When Adam Blake lands the best elective ever in his senior year, serving as an aide to the school psychologist, he thinks he’s got it made. Sure, it means a lot of sitting around, which isn’t easy for a guy with ADHD, but he can’t complain, since he gets to spend the period texting all his friends. Then the doctor asks him to track down the troubled freshman who keeps dodging her, and Adam discovers that the boy is Julian–the foster brother he hasn’t seen in five years.

Adam is ecstatic to be reunited. At first, Julian seems like the boy he once knew. He’s still kind hearted. He still writes stories and loves picture books meant for little kids. But as they spend more time together, Adam realizes that Julian is keeping secrets, like where he hides during the middle of the day, and what’s really going on inside his house. Adam is determined to help him, but his involvement could cost both boys their lives.”

Again, this is a book I only heard about yesterday but was instantly drawn into just by the synopsis. It had such an interesting premise that I instantly wanted to have a copy of the book to read.

There you have it, my top 10 Tuesday, 2017 releases I am excited for. Let me know in the comments below any books that you are excited to be released in 2o17 as well as links to your top ten Tuesday!