November has been a long month! When I came to looking back on the books I had bought this month I was certain I had bought more. There wasn’t many new releases I wanted this month and I focused more on graphic novels rather than novels. Here is my November book haul! 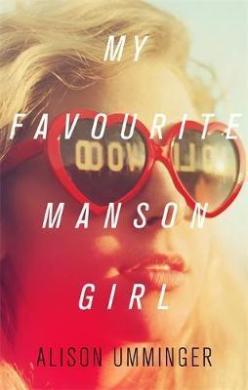 “Anna has had a miserable year. Everything feels wrong with her life. And rather than stay and face the mess, she steals a credit card and books herself a seat on the first flight out of town to Los Angeles, to crash with her sister. But soon after she lands, cold reality soon dawns on her: Hollywood isn’t the escape she needs. She is trapped in a town full of lost souls and wannabes, with no friends, no cash and no return ticket.

When she’s offered a job researching the murderous Manson girls for a dubious film, she reluctantly accepts – she needs the money. But soon enough, among the fake smiles and glitter-fuelled parties, things turn from strange, to dark, to dangerous…”

I have been meaning to buy this book for a long time now. On a trip to Manchester at the beginning of the month I spotted it in Waterstones and had to buy it. This book has interested me ever since I first heard about it. I cannot wait to start reading it.

Heartstopper: volume One by Alice Oseman

“Charlie Spring is in Year 10 at Truham Grammar School for Boys. The past year hasn’t been too great, but at least he’s not being bullied anymore, and he’s sort of got a boyfriend, even if he’s kind of mean and only wants to meet up in secret.

Nick Nelson is in Year 11 and on the school rugby team. He’s heard a little about Charlie – the kid who was outed last year and bullied for a few months – but he’s never had the opportunity to talk to him. That is, until the start of January, in which Nick and Charlie are placed in the same form group and made to sit together.”

This is another book I was meaning to buy a while ago. Especially when the Kickstarter was live. I missed out on the Kickstarter, so when I saw Alice was putting the remaining copies up on her store I knew I had to buy it. I also bought a pin for her store too! I cannot wait to get reading this book!

Hilda and the Troll by Luke Pearson

“Wandering sea spirits, lost giants and strange wooden men; Hilda’s outings never quite fall into the realm of the ordinary. When she stumbles upon a mysterious troll-shaped stone, however, things take a dramatic turn for the unexpected, even by her standards. But of course, as Hilda so adeptly points out: “Such is the life of an adventurer!””

I was looking at buying this book earlier on this year but it got sidetracked in my brain. This is until I started watching the Netflix adaptation of the series and I fell in love. I was desperate to get reading the series. I loved this and read it as soon as it arrived. I am planning on buying the second book next month! 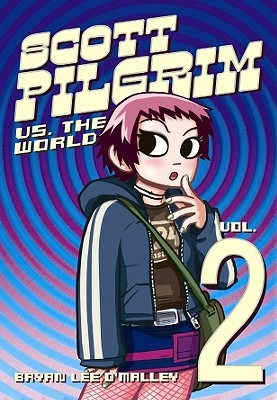 “Scott Pilgrim’s life is totally sweet. He’s 23 years old, he’s in a rockband, he’s “between jobs” and he’s dating a cute high school girl. Nothing could possibly go wrong, unless a seriously mind-blowing, dangerously fashionable, rollerblading delivery girl named Ramona Flowers starts cruising through his dreams and sailing by him at parties. Will Scott’s awesome life get turned upside-down?  (Synopsis of Volume 1)”

My lovely friend Fiona gave me her copy of Volume One of Scott Pilgrim and I really enjoyed it. I had to buy the second one this month and give that a read. I really like this series and want to continue reading them over the coming months. Just to buy volume three now!

There you have it all the books I bought in November! What books have you bought this month? Let me know in the comments!