YALC is just around the corner and I have been thinking about the books I want to read before attending the event this year. I am going to try my best to get through this entire TBR but you never know and I had restricting my reading to a set list for a long period of time. I am beyond excited for YALC already and here is my YALC TBR!

Two Can Keep a Secret by Karen M. McManus

“Echo Ridge is small-town America. Ellery’s never been there, but she’s heard all about it. Her aunt went missing there at age seventeen. And only five years ago, a homecoming queen put the town on the map when she was killed. Now Ellery has to move there to live with a grandmother she barely knows.

The town is picture-perfect, but it’s hiding secrets. And before school even begins for Ellery, someone’s declared open season on homecoming, promising to make it as dangerous as it was five years ago. Then, almost as if to prove it, another girl goes missing.”

This is one book that I have taken on holiday with me so I am sure I will have read it before I come back home. I read Karen’s previous book whilst on holiday last year so I thought it was fitting read her new one this time. I have heard a lot of things about this book and can’t wait to see what I think.

All the Things We Never Said by Yasmin Rahman

“16-year-old Mehreen Miah’s anxiety and depression, or ‘Chaos’, as she calls it, has taken over her life, to the point where she can’t bear it any more. So she joins MementoMori, a website that matches people with partners and allocates them a date and method of death, ‘the pact’. Mehreen is paired with Cara Saunders and Olivia Castleton, two strangers dealing with their own serious issues.”

This is another one that I have taken on holiday with me and another I will definitely have read before I return. I am beyond excited to read this book because I have heard wonderful things about it and I am big fan of Yasmin’s writing. I am excited to read this and then meet Yasmin at YALC. I am also excited to hear Yasmin talk on a panel at YALC.

Outside by Sarah Ann Juckes 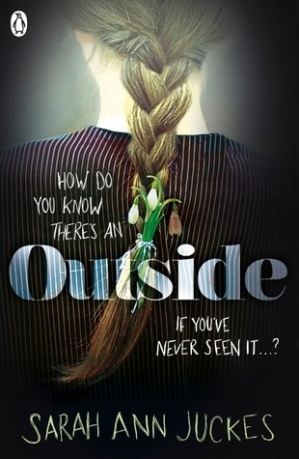 “The Proof of the Outside follows the story of Ele, who is held captive in a small room by a man known as ‘Him’. Ele is determined to prove there is a world Outside. And when she finds a hole in the wall, the proof starts leaking in. In this dark and compelling debut novel, Ele’s strong and heartbreakingly optimistic voice shines through, revealing an important lesson about the power of stories to save lives.”

I have been meaning this book for such a long time and when I saw that Sarah would be at YALC, it felt like the perfect time to start reading this. Something about this book draws me in just from the synopsis and the cover so I am extremely excited to finally read this after owning it for a long time! Again, I am excited to meet Sarah at YALC and hear her talk on a panel. 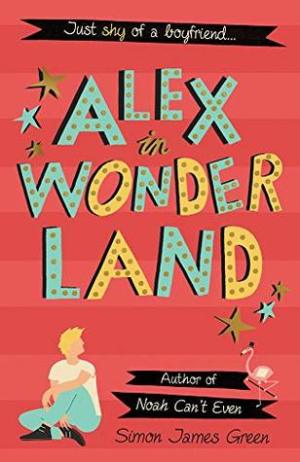 “In the town of Newsands, painfully shy Alex is abandoned by his two best friends for the summer. But he unexpectedly lands a part-time job at Wonderland, a run-down amusement arcade on the seafront, where he gets to know the other teen misfits who work there. Alex starts to come out of his shell, and even starts to develop feelings for co-worker Ben… who, as Alex’s bad luck would have it, has a girlfriend.”

I love Simon James Green’s work and always enjoy seeing him at event because he is such a lovely human. So, when I found out about this book I knew I had to read it before going to YALC. Simon always seems to release books on the day I go on holiday so I haven’t been able to take this to Lanzarote with me but I will be reading it as soon as I am back.

The Starlight Watchmaker by Lauren James

“Wealthy students from across the galaxy come to learn at the prestigious academy where Hugo toils as a watchmaker. But he is one of the lucky ones. Many androids like him are jobless and homeless. Someone like Dorian could never understand their struggle – or so Hugo thinks when the pompous duke comes banging at his door. But when Dorian’s broken time-travel watch leads them to discover a sinister scheme, the pair must reconcile their differences if they are to find the culprit in time.”

“Eighteen months ago, 17-year-old Rose and 13-year-old Rudder escaped a strict religious sect with their mum. They are still trying to make sense of the world outside – no more rules about clothes and books, films and music, no more technology bans. But also no more friendship with the people they’ve known all their lives, no community and no certainty. It doesn’t help that their mum has to work all hours to pay rent on their cramped, smelly, one-bed flat above a kebab shop in Hackney.”

This is a book I have seen floating around book Twitter and have been excited for because of this. When I was gifted this by BKMRK publishing I was even more excited to read it. I have sneaked this into my case for Lanzarote, so I may be reading this at the minute!