I have a very exciting guest post as part of The Sharp Edge of a Snowflake blog tour! I recently finished this wonderful book and it blew me away so I was even more excited to have the amazing opportunity to have a guest post written by the author Sif Sigmarsdottir! Sif has written a wonderful post all about the two women she never met that inspired her novel! Here is that guest post!

Hi. My name is Sif and I’m a professional thief.

All writers are thieves. In my office, there’s a sign that says: “Careful, or you’ll end up in my novel.”

But I don’t just write fiction. I also work as a journalist. These two careers go well together. I’m a news junkie and I get a lot of the ideas for my books from reading the papers in the morning. 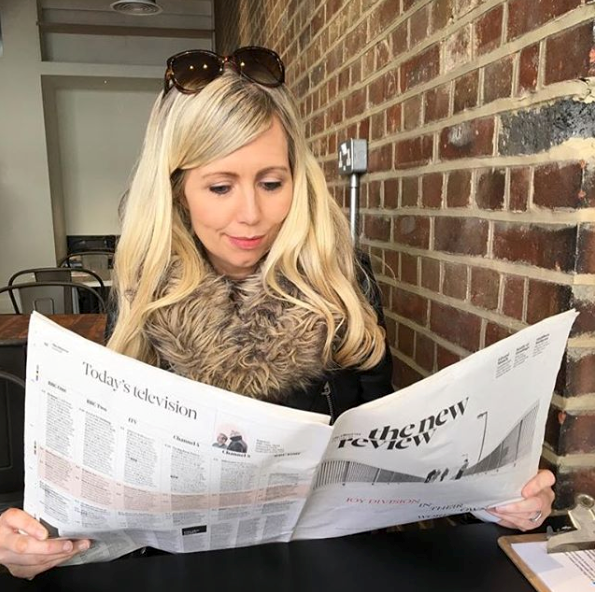 Quite a few politicians have made an appearance in my books – in disguise of course. So have friends and family members. As a writer you steal characteristics, you steal experiences – and everything in-between.

But my latest book, The Sharp Edge of a Snowflake, is different. Instead of stealing tiny fractions from many people I know, the book is inspired by two women I’ve never met. 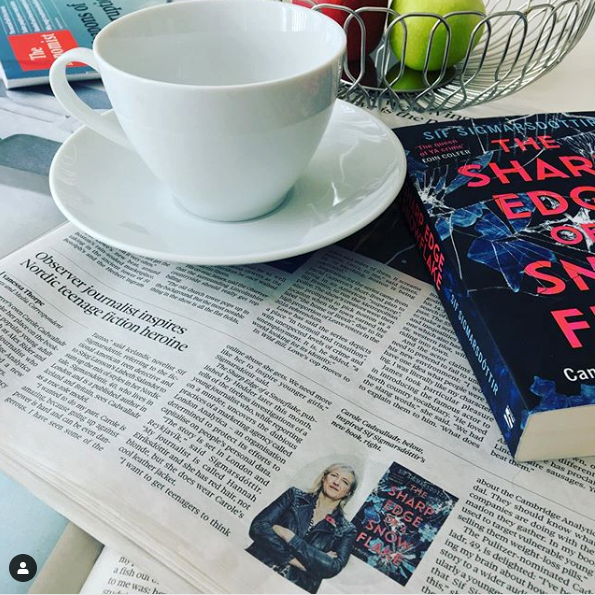 In 2018 the journalist Carole Cadwalladr revealed that a British company called Cambridge Analytica had harvested the personal data of millions of Facebook users without their consent and used it to influence elections. It was a scandal that made us all think seriously about how our personal data can be abused with grave consequences.

Around the same time the #metoo movement was gaining momentum. In 2018 the actress and activist Rose McGowan released her captivating book Brave in which she exposed the predatory misogyny within the film industry and told of how the most influential man in Hollywood sexually assaulted her.

The heroism of these two women showed me how a single person can change the world.

The Sharp Edge of a Snowflake tells the story of Hannah who has spent her life taking care of her troubled mother. When her mother dies suddenly from cancer she goes to live with her estranged father in Iceland. There she turns her hand at journalism. While reporting on a social media influencer accused of murder, she uncovers the dubious practices of a data-driven marketing agency called London Analytica which appears to be willing to go to any lengths to protect its efforts to capitalise on people’s personal data.

It’s my hope that The Sharp Edge of a Snowflake can be a tiny drop in the sea of change Carole Cadwalladr and Rose McGowan triggered with their courage.

Thank you so much to Sif for writing such an interesting post all about the two woman who inspired The Sharp Edge of a Snowflake. I am the last stop on this wonderful blog tour but be sure to check out all the previous posts, they are all extremely interesting! 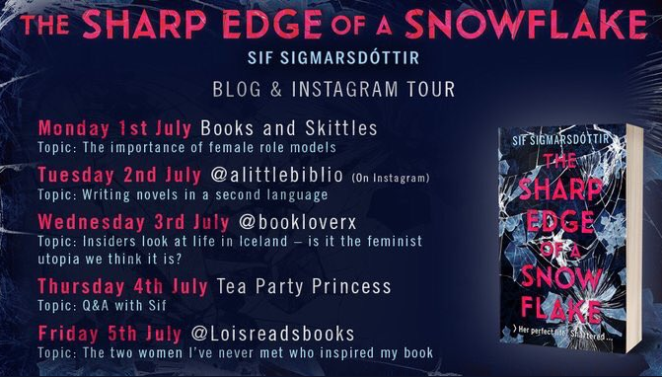 15 thoughts on “The Sharp Edge of a Snowflake – Blog Tour”