What If It’s Us by Becky Albertalli and Adam Silvera

“Arthur is only in New York for the summer, but if Broadway has taught him anything, it’s that the universe can deliver a showstopping romance when you least expect it.

Ben thinks the universe needs to mind its business. If the universe had his back, he wouldn’t be on his way to the post office carrying a box of his ex-boyfriend’s things.

But when Arthur and Ben meet-cute at the post office, what exactly does the universe have in store for them?”

“In the town of Newsands, painfully shy Alex is abandoned by his two best friends for the summer. But he unexpectedly lands a part-time job at Wonderland, a run-down amusement arcade on the seafront, where he gets to know the other teen misfits who work there. Alex starts to come out of his shell, and even starts to develop feelings for co-worker Ben… who, as Alex’s bad luck would have it, has a girlfriend.”

This is another absolutely adorable YA contemporary that you will fly right through. This one will make you laugh out loud in parts too with its hilarious main character and his mishaps. This is a perfect book for the summer too and I am going to be recommending it a lot!

Call It What You Want by Brigid Kemmerer 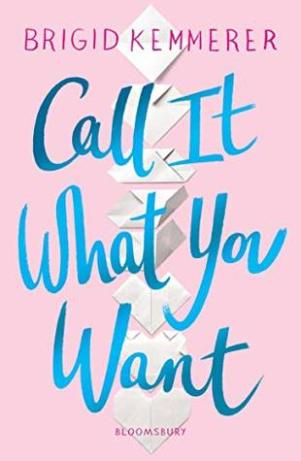 “When his dad is caught embezzling funds from half the town, Rob goes from popular lacrosse player to social pariah. Even worse, his father’s failed suicide attempt leaves Rob and his mother responsible for his care.

Everyone thinks of Maegan as a typical overachiever, but she has a secret of her own after the pressure got to her last year. And when her sister comes home from college pregnant, keeping it from her parents might be more than she can handle.

When Rob and Maegan are paired together for a calculus project, they’re both reluctant to let anyone through the walls they’ve built. But when Maegan learns of Rob’s plan to fix the damage caused by his father, it could ruin more than their fragile new friendship…”

I adore Brigid Kemmerer’s YA contemporaries with all my heart and this one is no different. It is hard-hitting and extremely heart-warming. I left this book with a lot of thoughts, a smile on my face and have cried quite a lot. This book is extraordinary!

All The Bright Places by Jennifer Niven 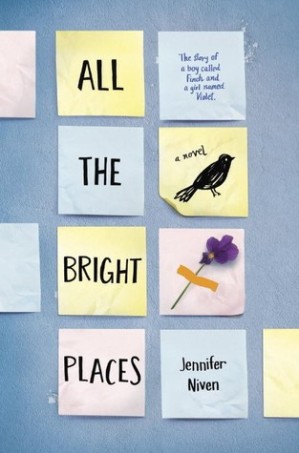 “Theodore Finch is fascinated by death, and he constantly thinks of ways he might kill himself. But each time, something good, no matter how small, stops him.

Violet Markey lives for the future, counting the days until graduation, when she can escape her Indiana town and her aching grief in the wake of her sister’s recent death.

When Finch and Violet meet on the ledge of the bell tower at school, it’s unclear who saves whom”

This is a YA contemporary that I first read over 4 years ago now. I have reread it a couple of times since and I love it a lot. This one is being made into a movie very soon which is even more reason to give this book a read. I am going to reread it again very soon and I cannot recommend it enough!

To All The Boys I’ve Loved Before by Jenny Han 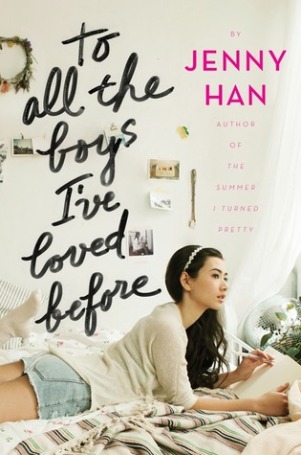 “To All the Boys I’ve Loved Before is the story of Lara Jean, who has never openly admitted her crushes, but instead wrote each boy a letter about how she felt, sealed it, and hid it in a box under her bed. But one day Lara Jean discovers that somehow her secret box of letters has been mailed, causing all her crushes from her past to confront her about the letters: her first kiss, the boy from summer camp, even her sister’s ex-boyfriend, Josh. As she learns to deal with her past loves face to face, Lara Jean discovers that something good may come out of these letters after all.”

Of course I had to include this on this list! One of my favourite contemporaries of all time that I can read over and over again! I love this book a lot and I always end the book with a huge smile on my face. If you haven’t read this one yet you are missing out and won’t regret reading it!