Can you believe it is already nearly 2020?! I love writing these posts about the next months releases I am excited about, so of course I had to continue these posts into 2020 releases. There are so many incredible book coming out in the first few months of 2020 and I will be doing a post all about my most anticipated 2020 releases, but for now I want to talk specifically about January releases! I cannot wait to give all of these a read! Here are the January 2020 releases I am excited about! 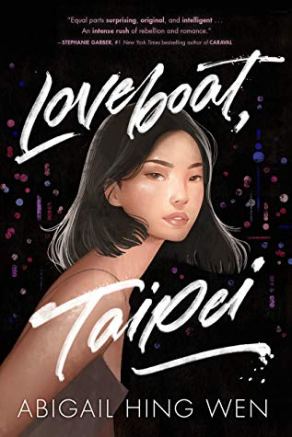 “When eighteen-year-old Ever Wong’s parents send her from Ohio to Taiwan to study Mandarin for the summer, she finds herself thrust among the very over-achieving kids her parents have always wanted her to be, including Rick Woo, the Yale-bound prodigy profiled in the Chinese newspapers since they were nine—and her parents’ yardstick for her never-measuring-up life.

Unbeknownst to her parents, however, the program is actually an infamous teen meet-market nicknamed Loveboat, where the kids are more into clubbing than calligraphy and drinking snake-blood sake than touring sacred shrines.

Free for the first time, Ever sets out to break all her parents’ uber-strict rules—but how far can she go before she breaks her own heart”

I have been lucky enough to read an eARC of this book (which I am still currently reading) and let me tell you that you are in for a real treat if you read this book. It is fun, it is cute and it is diverse! I am loving it so far and cannot wait to see it out in the world. I will be reviewing it very soon!

“Growing up in New York, brothers Emil and Brighton always idolized the Spell Walkers—a vigilante group sworn to rid the world of specters. While the Spell Walkers and other celestials are born with powers, specters take them, violently stealing the essence of endangered magical creatures.

Brighton wishes he had a power so he could join the fray. Emil just wants the fighting to stop. The cycle of violence has taken a toll, making it harder for anyone with a power to live peacefully and openly. In this climate of fear, a gang of specters has been growing bolder by the day.

Then, in a brawl after a protest, Emil manifests a power of his own—one that puts him right at the heart of the conflict and sets him up to be the heroic Spell Walker Brighton always wanted to be.”

How could I not include this on this post after being excited about it since YALC 2019! I am hoping to read this one very very soon and have high expectations. Fantasy isn’t normally my thing but I love Adam’s other books and feel like this would be a good way of maybe getting into fantasy.

We Used to be Friends by Amy Spalding 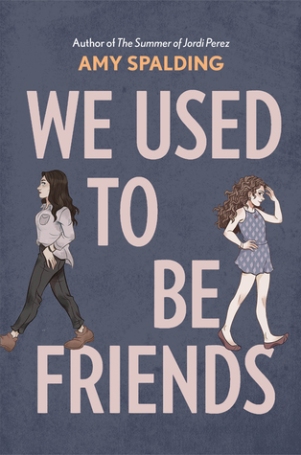 “Told in dual timelines—half of the chapters moving forward in time and half moving backward—We Used to Be Friends explores the most traumatic breakup of all: that of childhood besties. At the start of their senior year in high school, James (a girl with a boy’s name) and Kat are inseparable, but by graduation, they’re no longer friends. James prepares to head off to college as she reflects on the dissolution of her friendship with Kat while, in alternating chapters, Kat thinks about being newly in love with her first girlfriend and having a future that feels wide open. Over the course of senior year, Kat wants nothing more than James to continue to be her steady rock, as James worries that everything she believes about love and her future is a lie when her high-school sweetheart parents announce they’re getting a divorce. “

A story about a friendship breakup! It is like all my book dreams have come true! I have been wanting to read a book just like this for such a long time now and as soon as I saw this one I pre-ordered it. I cannot wait to see what it is like and let you know what I think!

One of Us is Next by Karen M. McManus 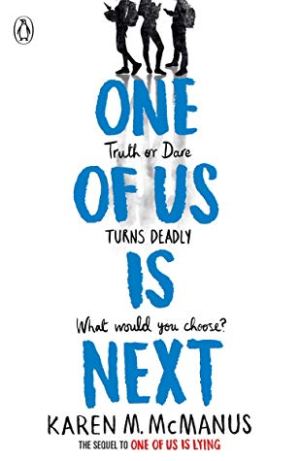 “A ton of copycat gossip apps have popped up since Simon died, but in the year since the Bayview four were cleared of his shocking death, no one’s been able to fill the gossip void quite like he could. The problem is no one has the facts.

This time it’s not an app, though—it’s a game.

Phoebe’s the first target. If you choose not to play, it’s a truth. And hers is dark.

Then comes Maeve and she should know better—always choose the dare.

But by the time Knox is about to be tagged, things have gotten dangerous. The dares have become deadly, and if Maeve learned anything from Bronwyn last year, it’s that they can’t count on the police for help. Or protection.

Simon’s gone, but someone’s determined to keep his legacy at Bayview High alive. And this time, there’s a whole new set of rules.”

I have loved Karen M. McManus’ previous books, so of course I am excited about this one. I remember reading One of Us is Lying on holiday in 2018 and flying through it in one sitting. I am hoping to do the same with this one and I cannot wait.

What January releases are you excited about? Let me know in the comments!

✨ Where is your favourite place to read? ✨
✨ What is your favourite trope in a book? ✨
✨ What book have you recently picked up thanks to a recommendation? ✨
✨ What is your favourite book series? ✨
Hope you all had a lovely weekend! I'm back to work today and looking to start a new book!
Over the past few days all I've wanted to read has been thrillers. So, I have a question for you. What are some of your favourite thrillers?
Life has felt like a real non-stop whirlwind for the past few weeks. So much has happened yet so little has happened. It has got me thinking about life after lockdown though.
Do you own any special editions of books?
Happy Wednesday! 💜 We are halfway through the week already!
My Tweets