Would I really be me if I didn’t post a film review of P.S I Still Love You. When this goes live it will have been out for over 2 weeks and I am sure I will have watched it over and over again. As I am writing this it has been out 4 days and I have watched it 4 times. I’m a little obsessed with this series. Here is my review!

This film is adapted from the YA novel of the same name by Jenny Han. It is certainly safe to say that I love this series a lot and I can re-read them over and over again. I re-watched the first film in the series before watching this so I was as up-to-date as possible. I couldn’t wait for this film to finally be out and my goodness, I loved it. 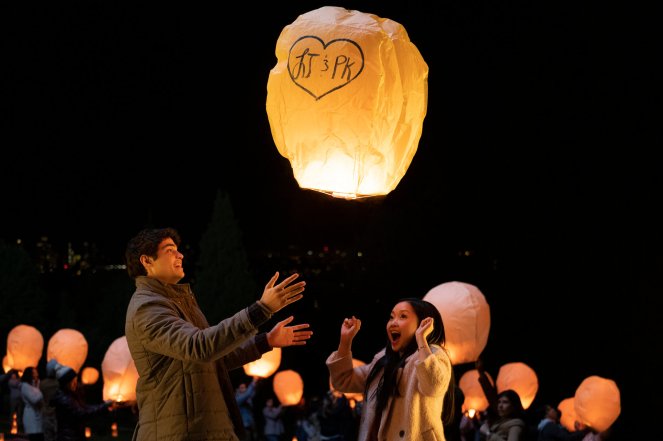 Lara Jean and Peter have just taken their relationship from fake dating to officially official dating. When out of the blue another recipient of oner of her love letters writes her a letter back. What will happen when John Ambrose and Peter are both after Lara Jean’s attention and who will she choose.

Obviously I went into this film with high expectation and I was not let down! Yes, I was a little sad some parts from the book got missed from the film, but overall I loved it. I was even more cautious about the second book being adapted to film than I was with the first as this one is my favourite book. I think they did it excellently though!

I don’t know what it is about these films but they seem to be a comfort blanket to me, just like the books are. I can already tell I am going to watch it over and over again.

Once again the acting is excellent and I loved seeing the characters develop as well as new characters being introduced. Watching Peter and Lara Jean develop as a couple makes me so happy and just watching them grow on screen makes me so happy. I loved John Ambrose in this film and Jordan Fisher plays him excellently. I have alway been team Peter but John really is wonderful. Holland Taylor who plays Stormy brought one of my favourite characters ever to life in such a wonderful way. I want to be Stormy’s friend so badly! Also I just wanted to say the little subplots about Chris and Trevor and Dr. Covey and Trina Rothschild made me so happy and I may even have cried. 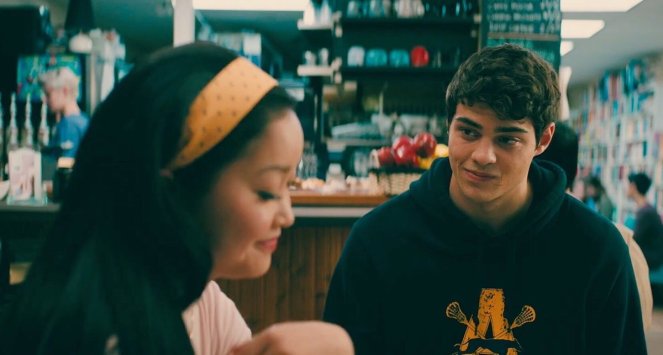 Once again I loved the casting of this film and cannot wait to see what happens in the third movie adaptation. Thank you so much to all the cast for bring such important characters to me to life in such an amazing way.

So, this film adaptation does miss out what I would class as important parts of the book. A couple of them I can see why they did it. Others not so much. I understand why they didn’t make John Ambrose, Stormy’s Grandchild but I would have loved to have seen that. I wish they had included the game of assassin that I loved so much in the book. It would have added so much to the film in my opinion and I would have loved to see it. Also there are couple of quotes in the book that they changed for the film and I wish they hadn’t because those book quotes are spectacular.

Now this might come to a shock to people who know me but I think John Ambrose deserved more screen time. He didn’t get the opportunities to make you love him like he did in the book. But still Team Peter all the way.

This cinematography of this film is absolutely stunning once again and you can tell a lot of through has been put into this. The colours throughout the film are stunning and I feel make the film stand out from your typical “teen rom-com.” I am also a huge fan of the soundtrack that this film has and actually listen to it quite often whilst I’m at work. In fact I am listening to it right now.

Overall, I am a huge fan of the To All the Boys: P.S I Still Love You film adaption and I am sure that I will be watching it over and over again. I am even more excited about the fact the final book in the series is has already been filmed too! It is so nice to see a lot of YA books being adapted into films and I cannot wait for more in the future. If you are looking for a lighthearted, rom-com pick-me-up then To All the Boys: P.S I Still Love is for you!

5 thoughts on “To All the Boys: P.S I Still Love You – Film Review”