I am going on a summer holiday at the beginning of June! Me and David are going back to Lanzarote in the Canary Islands for 10 days. We went last year around the same time and wanted to go back and can’t wait for a holiday! As you can imagine I will be taking a a few books with me. I am planning on taking 7 physical books as well as my kindle. Here they are!

“When Jack meets his new foster brother, he already knows three things about him:
Joseph almost killed a teacher.
He was incarcerated at a place called Stone Mountain.
He has a daughter. Her name is Jupiter. And he has never seen her.
What Jack doesn’t know, at first, is how desperate Joseph is to find his baby girl.
Or how urgently he, Jack, will want to help.”

I was recommended this book by Sarah @ The Little Contemporary Corner whilst we were both at a book event recently. I am planning on reading this book on the plane journey.

My Box-Shaped Heart by Rachel Lucas 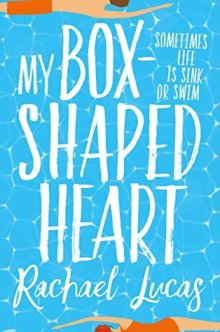 “Holly’s mum is a hoarder, and she is fed up with being picked on at school for being weird . . . and having the wrong clothes . . . and sticking out. All she wants is to be invisible. She loves swimming, because in the water everyone is the same.

Ed goes to the swimming pool to escape the horrible house he and his mum have been assigned by the women’s refuge. In his old life he had money; was on the swim team; knew who he was and what he wanted. In his old life his dad hit his mum.

Holly is swimming in one direction and Ed’s swimming in the other. As their worlds collide they find a window into each other’s lives – and learn how to meet in the middle.”

I have been hearing good things about this book and thought it would be the perfect book to sit by the pool and read.

The Savages by Matt Whyman

“Sasha Savage is in love with Jack – a handsome, charming … vegetarian. Which wouldn’t be a problem if it weren’t for the fact that Sasha’s family are very much ‘carnivorous’. Behind the family facade all is not as it seems. Sasha’s father rules his clan with an iron fist and her mother’s culinary skills are getting more adventurous by the day. When a too-curious private detective starts to dig for truths, the tight-knit family starts to unravel – as does their sinister taste in human beings . . .”

I picked this book up quite a while ago after seeing it on a booktube recommendations video. I don’t know what to expect from the book but I am excited to read it.

Leah on the Offbeat by Becky Albertalli 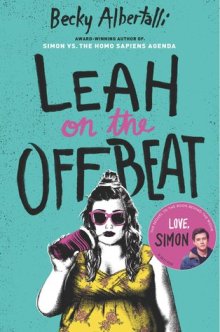 “When it comes to drumming, Leah Burke is usually on beat—but real life isn’t always so rhythmic. An anomaly in her friend group, she’s the only child of a young, single mom, and her life is decidedly less privileged. She loves to draw but is too self-conscious to show it. And even though her mom knows she’s bisexual, she hasn’t mustered the courage to tell her friends—not even her openly gay BFF, Simon.”

I cannot wait to read this book! It is the companion novel to Simon Vs. which is one of my favourite books I have read this year. I want to see more Simon and just have a book all about Leah.

The Hate U Give by Angie Thomas

“Sixteen-year-old Starr Carter moves between two worlds: the poor neighborhood where she lives and the fancy suburban prep school she attends. The uneasy balance between these worlds is shattered when Starr witnesses the fatal shooting of her childhood best friend Khalil at the hands of a police officer. Khalil was unarmed.

I have been meaning to read this book for a long time. I actually took it with my to Lanzarote last year but didn’t have the time to read it. I am prioritising it this year for certain!

It Only Happens in the Movies by Holly Bourne

“Audrey is over romance. Since her parents’ relationship imploded her mother’s been catatonic, so she takes a cinema job to get out of the house. But there she meets wannabe film-maker Harry. Nobody expects Audrey and Harry to fall in love as hard and fast as they do. But that doesn’t mean things are easy. Because real love isn’t like the movies…”

“After the sudden collapse of her family, Mim Malone is dragged from her home in northern Ohio to the “wastelands” of Mississippi, where she lives in a medicated milieu with her dad and new stepmom. Before the dust has a chance to settle, she learns her mother is sick back in Cleveland.

So she ditches her new life and hops aboard a northbound Greyhound bus to her real home and her real mother, meeting a quirky cast of fellow travelers along the way. But when her thousand-mile journey takes a few turns she could never see coming, Mim must confront her own demons, redefining her notions of love, loyalty, and what it means to be sane.”

This is a book I picked up after hearing a couple of things about it. I don’t know what to expect but I have heard this about it being similar to John Green whose books I love and it is highly recommended by Adam Silvera.

What other books do you think I should take on holiday with me? Recommend me some summery books in the comments!