A lot of books are being released throughout September and I am so excited about a number of them! I cannot wait to pick up my own copies of these books! 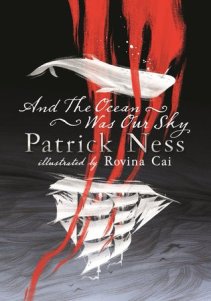 “With harpoons strapped to their backs, the proud whales of Bathsheba’s pod live for the hunt, fighting in the ongoing war against the world of men. When they attack a ship bobbing on the surface of the Abyss, they expect to find easy prey. Instead, they find the trail of a myth, a monster, perhaps the devil himself…”

I love Patrick Ness and everything he does and this book sounds amazing. It is also illustrated by Rovina Cai and I love illustrated books! 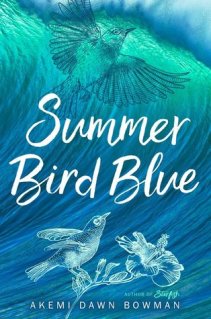 “Rumi Seto spends a lot of time worrying she doesn’t have the answers to everything. What to eat, where to go, whom to love. But there is one thing she is absolutely sure of—she wants to spend the rest of her life writing music with her younger sister, Lea.

Then Lea dies in a car accident, and her mother sends her away to live with her aunt in Hawaii while she deals with her own grief. Now thousands of miles from home, Rumi struggles to navigate the loss of her sister, being abandoned by her mother, and the absence of music in her life.”

Although this won’t be released in England in September this year. I am super excited for this book to be out in the wild and for people to read it. I will definitely buying it when it is available in England. 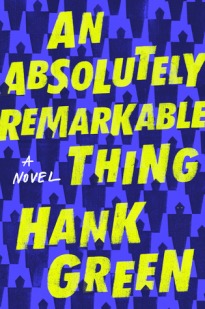 “The Carls just appeared. Coming home from work at three a.m., twenty-three-year-old April May stumbles across a giant sculpture. Delighted by its appearance and craftsmanship–like a ten-foot-tall Transformer wearing a suit of samurai armor–April and her friend Andy make a video with it, which Andy uploads to YouTube. The next day April wakes up to a viral video and a new life. News quickly spreads that there are Carls in dozens of cities around the world–everywhere from Beijing to Buenos Aires–and April, as their first documentarian, finds herself at the center of an intense international media spotlight.”

I cannot wait to read this book! I have liked the Green brothers and their work for a long time. I cannot wait to finally give Hank’s book a read after reading John’s books for years.

One thought on “September Releases I’m Excited For”