Recently, I got the chance to interview Becky Albertalli and Adam Silvera, the author’s of What If It’s Us and other YA novels. The amazing Kimi at Waterstones Deansgate and Olivia from S&S gave me this opportunity and I am so grateful. I love having the opportunity to interview authors and then bring the questions to the blog. It is so interesting to meet the authors of books you have loved reading.

Let’s get on with the questions!

L: What made you decide to write a book together?

AS: A few years ago, a couple of months after Becky and I sold our respective debut novels, Simon Vs. the Homo Sapiens Agenda and More Happy Than Not. We were exchanging, you know, some stories about our personal lives. There was one in particular that Becky was sharing with me that was sort of like the romantic missed connection variety and I immediately jumped in response to the story and was like, how dope would it be if we did a YA novel like this. From there on we started creating Arthur and Ben’s story and we were so excited. 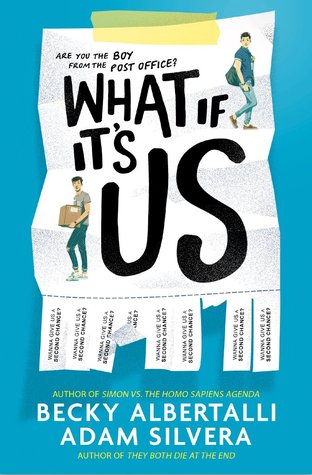 L: How did you go about writing the book, was it over email, skype, in person or in other ways?

BA: A little bit of all the above. I would say for the most part; I mean we both travel a lot on the book circuit and we do see each other in person a fair amount. In real life though we live quite far away in the United States from each other. So, for the most part, we would write a chapter email it to the other one and then as we are reading each other’s drafts of the chapter we would be texting each other like our favourite lines, our favourite parts and emoji’s. I just remember like literally, reading and being on my phone and I literally just type up a quote that Adam wrote.

AS: Vice versa too!

BA: Not even copy and pasting them, I found it so funny that I just had to type it out again and experience the quote. Yeah it was just a rewarding drafting experience, it was a total blast.

L: Did you write the book in chronological order, so like one of you writing one chapter and the other writing the next, seeing what had happened in the previous chapter?

AS: So, Becky wrote the first chapter, then I wrote the next chapter. Then we went back and forth. We worked off an outline so we were never writing to surprise each other. We always had a united vision on where the story was headed.

L: So, did you plan the book in detail before writing or did you just go for it and see what happened? 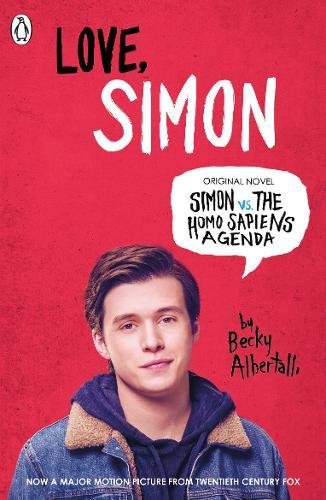 BA: I would say it was certainly well planned out but we did chance a lot along the way. Both of us are generally big believers in that if your characters are telling you something about themselves or about their stories then like pause and listen to them and don’t sacrifice that to stick to the outline. But, we did really use that structure. I know each co-author pair has a different approach.

L: What made you decide to set the story in New York?

AS: So, I had asked Becky do we want to set the story in New York or do we set it in Georgia.

BA: If you know my home town, I live one town over from where Arthur comes from. It’s like trying to imagine the logistics of this one story, a charmed missed connection romance. In Georgia half of this story would take place in shopping centres, parking lots, Target and Starbucks.

BA: It just not like, your way of encountering people is remarkably different I would say, in the Atlanta suburbs.

AS: In New York, you get to have a lot of Broadway fun and you also get to have like Arthur’s outside perspective. So, it just really worked for our New York Rom-com.

L: It’s funny because I have been to New York a couple of times and it is one of my favourite cities in the world. Reading Arthur was like that is me in the streets of New York shouting, look at everything there is. 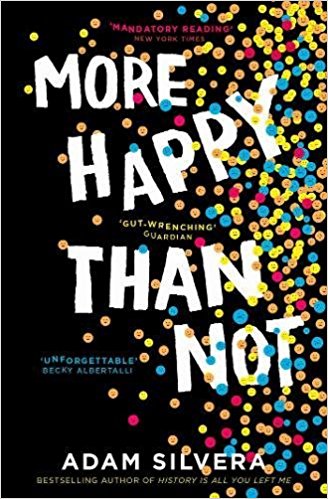 L: There are a lot of pop culture references in What If It’s Us, especially to Hamilton and Dear Evan Hansen, what made you decide to include these?

BA: You know what’s interesting about like, pop culture references in general, some people love them, some people are annoyed by them or think that they will make the book dated. I think one of the things we had talked about is, for us and this story we wanted to lean into that. I know that for me particularly when I am writing in this space for kids who are from the LGBTQ+ community, I’m like yeah, I want my books to be dated quickly. I want things to keep improving for kids in this community. So, we I think made the decision pretty early on saying that this is a very 2018 book and I think Adam has used the phrase time-capsule to describe it.

AS: Yeah, I like thinking of contemporary novels as time-capsules. Like, oh yeah this what we were talking about in 2018. I don’t even think we needed to have a conversation about how forth coming we were going to be with a lot of these pop culture references. It just felt true to who the boys are.

L: Family plays a big part in Ben and Arthur’s story, why did you include this and do you feel that family relationships are explored enough in YA?

AS: I mean yeah, there is an absence of especially like parental roles in like more genre YA. I mean there has been a couple of times whilst I have been writing my new book which is a fantasy, where I am like I am going to kill these parents off so that I don’t have to deal with them. But, they are both staying on because I am like no let’s work through this and I love writing about family. In History is All You Left Me, my second novel, family is important. It felt incredible to write about Ben’s family and to show Arthur and Ben’s parents being so accepting of who the boys are. It is so different form my debut novel More Happy Than Not, where you know there was an absent Father who had passed and who wasn’t as accepting. So, to be able to write present parents who love their children for who they are, that is really important for me.

L: I went from More Happy Than Not to What If It’s Us and it was like wow that is a different perspective entirely!

AS: It’s funny because Aaron and Ben have so much in common. Yet their entire framework is different and that comes down to their environment. Aaron’s from the Bronx and Ben is from Manhattan. Both have economically challenged backgrounds but different conditions with their parents.

L: What are you reading currently?

BA: Well, I mean everyone is going to hate me when I say this but I’m reading On the Come Up which comes out in February by Angie Thomas. I know like she has only sent it to a few people.

AS: I’m waiting till I’m like less sick before I start it. I just finished Marie Lu’s Wildcard, which was incredible but I’ve been sick for like 10 days now and I don’t want to read anything whilst sick because I don’t want to take it out on the book.

BA: I mean all the above but I have also been into audio books. Particularly we are both obsessed with the What If It’s Us audio book.

AS: It is really the best audio book that has ever audio booked!

BA: We are not shy about saying that!

L: How do you feel about What If It’s Us being optioned for a film?

AS: Meh! No, we are obviously like so incredibly excited and so many things still have to happen but we were really excited about the team. It is Brian Yorkey who launched 13 Reasons Why the Netflix show and he is also a Pulitzer winning playwright which is really going to elevate the Broadway stuff in the show. So, it is kind of like an exciting dream that we are excited about!

L: Thank you very much!

6 thoughts on “Question Time with Becky Albertalli and Adam Silvera”