I have been loving doing these two part series in which I recommend some books or films based on a topic! My last series was all about Must-Read YA Contemporaries! This month I wanted to talk about and recommend some must-watch YA film! I love watching YA books get adapted into films and wanted to share some of my favourites! This will definitely be a two-part series as I have a lot of them to recommend! Here is part one of must-watch YA films!

The Fault in Our Stars

“Hazel Grace Lancaster (Shailene Woodley), a 16-year-old cancer patient, meets and falls in love with Gus Waters (Ansel Elgort), a similarly afflicted teen from her cancer support group. Hazel feels that Gus really understands her. They both share the same acerbic wit and a love of books, especially Grace’s touchstone, “An Imperial Affliction” by Peter Van Houten. When Gus scores an invitation to meet the reclusive author, he and Hazel embark on the adventure of their brief lives.”

I think everyone will have watched this one but just in case I thought I would recommend it! It is still to this day one of my favourite YA books to film that there is and it makes me cry an awful lot. This is definitely the YA film that helped me to rekindle my love for YA books!

The Hate U Give

“Starr Carter is constantly switching between two worlds — the poor, mostly black neighborhood where she lives and the wealthy, mostly white prep school that she attends. The uneasy balance between these worlds is soon shattered when she witnesses the fatal shooting of her childhood best friend at the hands of a police officer. Facing pressure from all sides of the community, Starr must find her voice and decide to stand up for what’s right.”

This is such a powerful and eye-opening YA film that if you haven’t watch yet you need to watch as soon as possible. This film is absolutely incredible and I could watch it over and over again! I have actually done a full review of this film which you can find here. This is one I will be recommending for years to come! 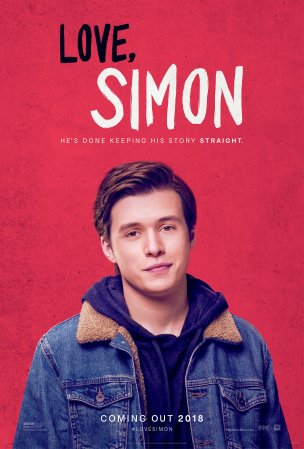 “Everyone deserves a great love story, but for 17-year-old Simon Spier, it’s a little more complicated. He hasn’t told his family or friends that he’s gay, and he doesn’t know the identity of the anonymous classmate that he’s fallen for online. Resolving both issues proves hilarious, terrifying and life-changing.”

It is safe to say I love this movie almost as much as I love the book. Nick Robinson is the perfect Simon and it brings a book so many people love to the screen in such a perfect way. I have actually written a full review of this film which you can find here. I love this one a lot and will always be recommending it!

“In 1993 after teenage Cameron is caught in the backseat of a car with the prom queen, she is sent away to a treatment centre in a remote area called God’s Promise. While she is being subjected to questionable gay conversion therapies, she bonds with some fellow residents as they pretend to go along with the process while waiting to be released.”

This is one of the films on this list that I haven’t actually read the book it is based on but that doesn’t mean I couldn’t recommend it. I will certainly be reading the book in the future because the film is incredible. It is heart-breaking and heart-warming and a film I will be watching over and over again.

To All the Boys I’ve Loved Before

“Lara Jean Covey has never had a boyfriend, but as most teenagers do, she has fantasied about romance for years. Lara Jean has even gone as far as to write letters to each of the crushes she has had since fifth grade. These letters are hidden away in a blue hatbox in her closet. When Lara Jean’s letters get mysteriously sent out without her knowledge, she doesn’t quite know what to do.”

I couldn’t talk about YA films and not include this one. This is easily my favourite go-to YA film when I am in need of a pick-me-up! I love this film a lot and how much it stuck to the original book. I wrote a full review of this film which you can find here! This is a film you will not regret watching!

What YA films would you recommend? Which YA films do you think everyone should watch? Let me know in the comments below. Be sure to look out for part two of this series coming soon!

14 thoughts on “Must-Watch YA Films – Part One”